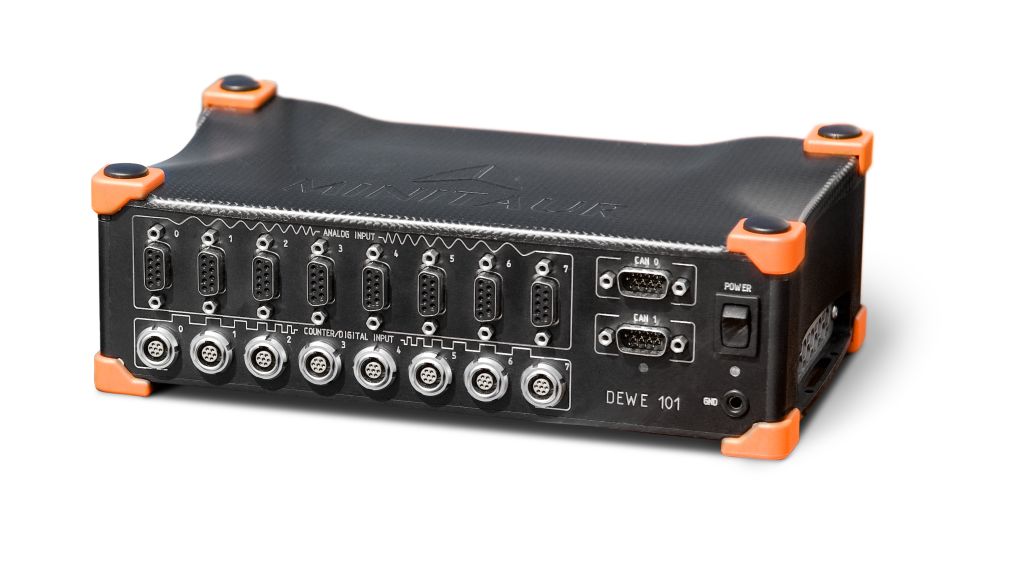 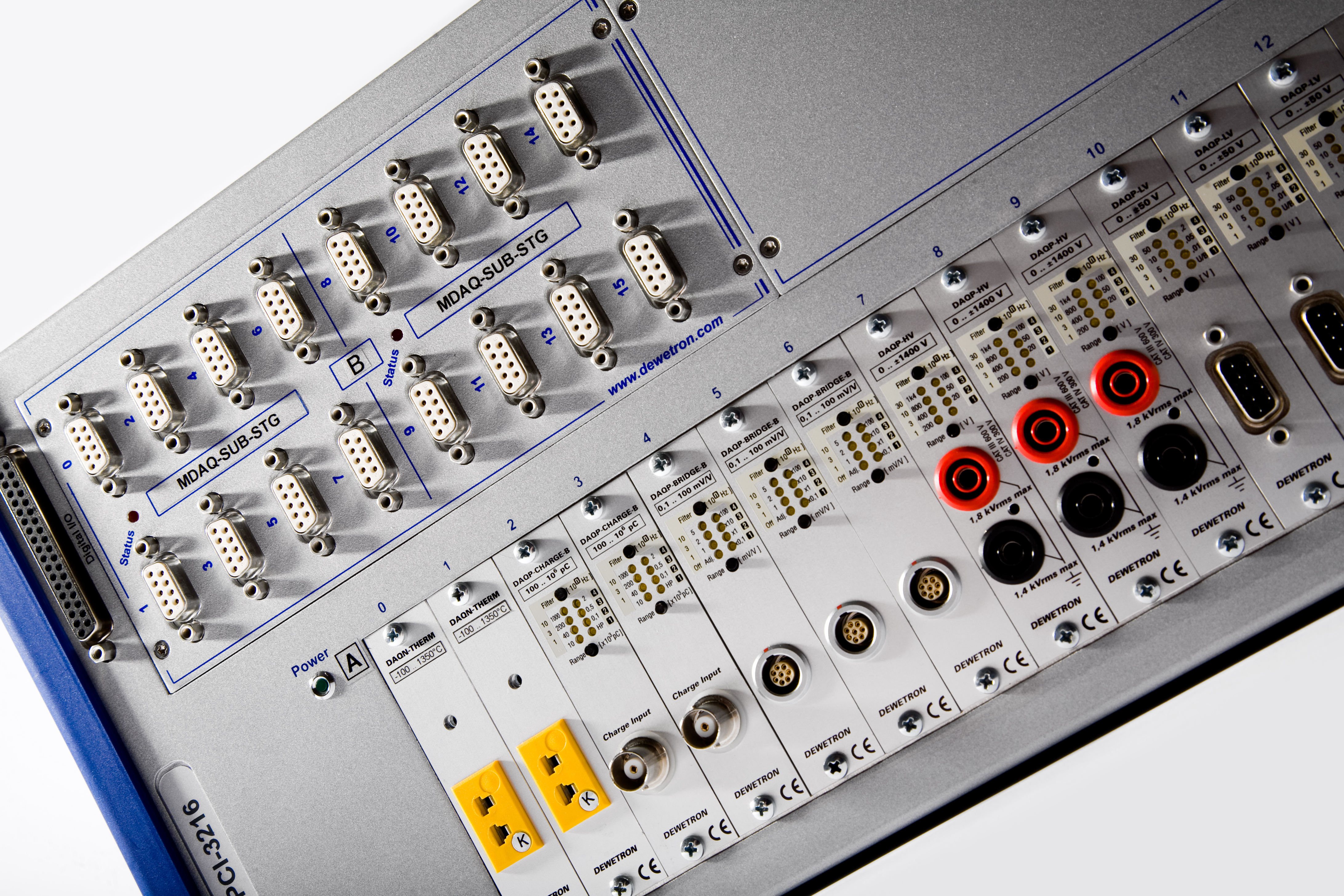 Like the A-series but without display; delivered with keyboard and track ball. Very popular for applications where the instrument is installed in a poorly visible place for the user (e.g. in a car the instrument is often installed in the leg area of the passenger seat but the driver needs to see the screen) or laboratory applications and test rigs.

F-series units don´t have a built-in computer but supply measurement data over a robust high-speed PCI Express bus. Multiple units can be daisy-chained. One popular application is to use F-series devices with a laptop computer for mobile applications. The second use of F-series devices is to expand A or M series instruments. 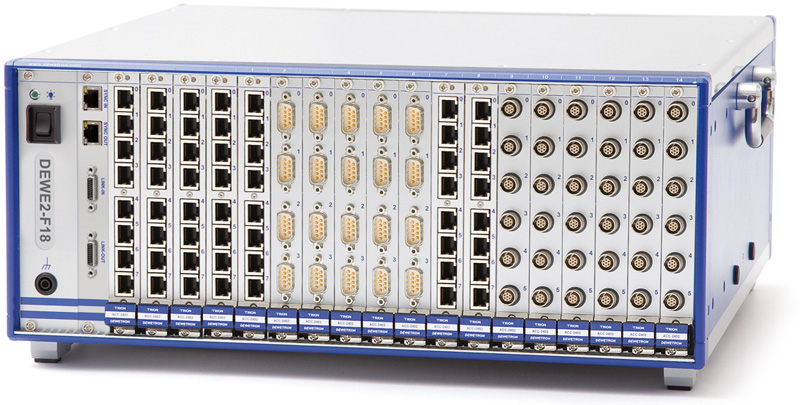